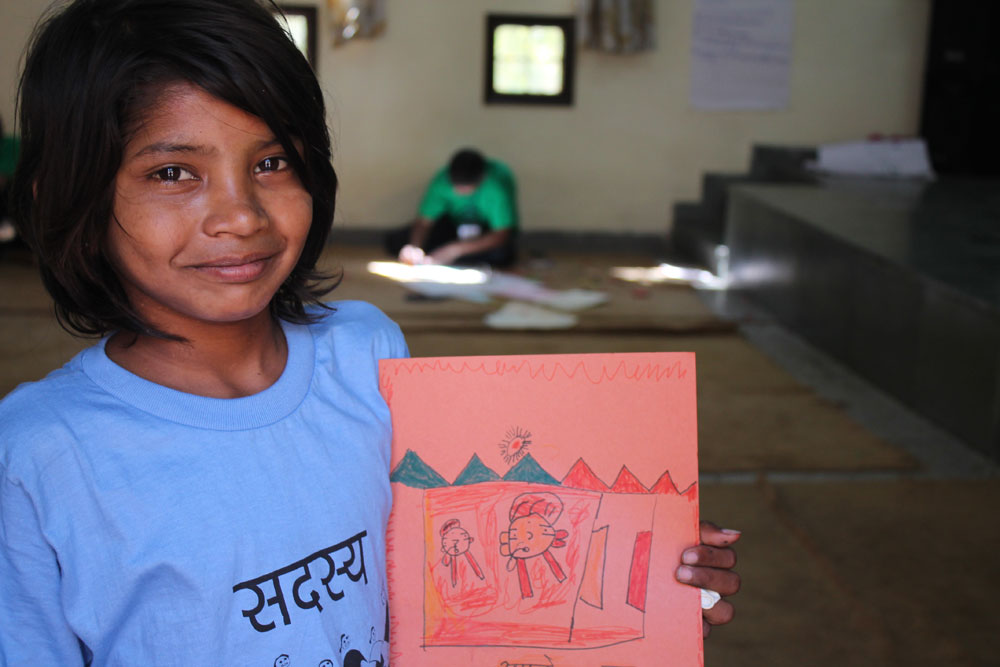 I was 13 years old when I first heard of CHETNA. My father sadly had an accident which stopped him from being able to work, leaving my mother to try to care for the 8 of us. She started selling cow dung cakes to support the family. I even had to make money and used to stitch shoes (I was given 2 rupees per pair that I made). Everyone in the neighborhood used to bully me for being so thing from lack of food. They would never even call me by my birth name. I heard that name for the first time in so long when I became involved in CHETNA.

I was so shy and scared at first, it took them a month of counselling me and talking with my family before I finally dared to attend the Contact Point. Contact Point is a special school that CHETNA runs on the streets for children like me. I started to learn language skills and even math. I couldn’t believe it – even though I had never been to school before, here I was learning.

The Contact Point helped me to catch up so that I wouldn’t be bullied at school for being too far behind. It also taught me life skills, so as a result I stopped using tobacco because it harms my health. They even helped me to visit a police station and learn about my child rights, something I would have been too afraid to do before.

After a year of attending the Contact Point I was able to start school in class 4. It was very scary at first but right now I’m in class 7 and top of my class! I’m also the district president of Badhte Kadam, the Street and Working Children’s Federation with over 10,000 members. The scared girl with no name is now an educated leader in her community.

“I am lucky. Thanks to CHETNA for approaching and enrolling me in a Contact Point!” 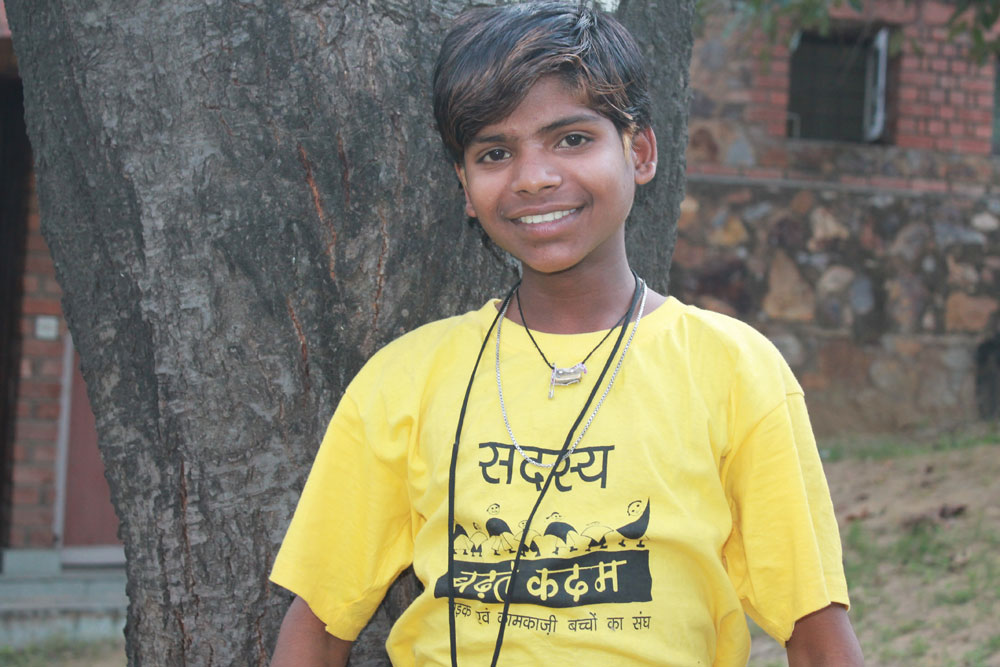 “Thanks to CHETNA, I now have a dream to become a teacher and help the children who are in vulnerable condition, just as I was.”

My family is poor, so when my mother became sick my father had to work for extra money for her operation in Delhi. I was left responsible to care for my mother and younger brother. I slept outside the hospital for a month and a half to look after then when I was only ten years old.

Street life is not easy. In fact every day is a struggle. I dropped out of school when we moved from the village to Delhi. I wanted to keep studying but my father said I needed to work to support my family. I was given a small basked which I sold fruits and vegetables from. I would get abused by adults and the police, but I had no choice as I had to make money. All I could do was bear the abuse and exploitation every day.

I first met CHETNA staff in 2009 who told me all about the wonderful contact point they were running as part of a  programme to support Street and Working Children by the railway. It took the dedicated staff speaking to my parents and me daily for a month before they could allow me to go. The contact point gave me access to education and the chance to play and be a child again.

“I would have slipped into substance abuse as many of my peers used to encourage me to try the substances stating that it would make me forget all the troubles I had in life. But I always remember what I was being taught at the contact point so it kept me away from abusing any form of substances.”

*Please note we have changed Raju’s name and photo to protect his identity.